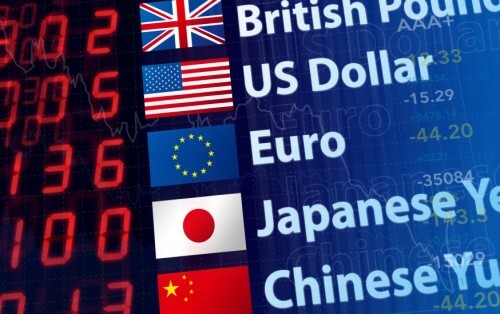 The exchange rate changes do not affect most natives of Singapore, but it’s a real pain for non-natives especially international students. There are usually two cases where natives are affected, and that is when they’re shopping online or when they want to go on vacations to other countries. In either of these cases, a stronger Singapore dollar is desirable and would permit customers to reduce their acquired cost. A stronger Singapore dollar makes the import trade relatively cheaper, and this means natives will be able to spend less on imported goods, thus providing a higher standard of living.

The rate at which Singapore rose from its third world status to a first world status, with no natural resources of its own, a miniature population size and its perfect geographical location, is no mean feat. so Even though Singapore’s economy is tightly regulated, it’s still efficiently planned and stands out as a beacon of the free market system. Also, the ability to cultivate human resources for industrial needs has been the main reason for Singapore’s economic progress. Thus that’s the reason why the education policy and manpower policy are intertwined. So, a strategy invented by the government to address the labor shortage problem since 1980 was the pro-natalist and pro-immigration policy. and This policy basically means that the government paid parents for every third or fourth child in every family. The funds are provided for the parents to use as they deemed fit. Unfortunately, this policy recorded little success as a result of the reluctance of parents to have more children and due to the rising cost childcare.

How the Exchange Rates Work

Exchange rates tell you how much your country’s currency is worth in another currency. They are the price being charged to purchase a currency. Most currencies are traded 24 hours a day, seven days a week. And prices always change due to the flexibility of the economy of the countries involved. Thus, It is why it is advised to plan and buy more foreign currencies when the rates are stable, and the dollar is strong. Other currencies like the Saudi Arabian riyal rarely change. Additionally, that’s because countries like these use fixed exchange rates that only change if the government says so. Their central banks have sufficient money in the foreign currency reserves to maintain or control how much their money is worth. Right now, 1 Singapore dollar is equal to 0.71 US Dollar and equals 0.66 Euro.

The higher the interest rate, the more valuable the currency will be.

If the government prints too much money, there’s too much dollar and too few goods, and this eventually leads to inflation.

And most importantly, a country’s economic growth and stability have a significant impact on its exchange rates. A bad economy can lead to loss of investors.

Best Ways to Tackle the Fluctuation as an International Student

Paying for tuition, textbooks and room and boarding isn’t easy, but the foreign exchange rates further complicate it. So, if you’re an international student in Singapore or any other country, the following steps are what you should take.

Before embarking on any assignment, it’s always vital to do your homework on the task at hand. Gathering proper background information on the institute and economic situation in Singapore enables an individual to be better prepared for any setbacks. There are usually different payment packages, and some universities prefer payments make through a specified service provider. Always choose the package that you know has favorable rates. thus, ensure that you also research the government regulations in your home country and country where the school is locate. And to ensure that the red tape involved in sending money overseas is minimal. Therefore, failure to research this can lead to delay transfers that could then lead to delay tuition payments. And this could have unfavorable consequences such as being bar from classes until payments have been made.

Finally, foreign exchange rates can affect how much tuition an individual is expect to pay. If the rates are very high, this means that the tuition fee would be astronomical and if you can’t afford it. Then your best bet is to either get student loans, a job, or build a flexible budget. Fluctuations in exchange rates are as a result of shifts in demand for one currency over another in the worldwide marketplace. However, demand for a country’s currency is typically higher when the country’s economy is very stable thus making it more valuable. Conversely, it reverses when the economy becomes unstable. And the best way to combat these fluctuations is to get an online currency tracker to have an idea of where the currency stands and monitor the rates.

Whenever the rates are working for your home currency, parents are encourage to purchase larger sums of the country’s currency and store it for use in the future, especially for when the rates increase again. But this plan works best if the individual sets up a bank account to facilitate funds transfer. Also, it is best if the bank is in the host country. And when choosing a bank, an individual should take into consideration the speedy resolution of any banking issues, the proximity of the bank, and availability of an ATM. Also, other countries have much higher interest rates than the United States. Therefore, there would be an additional interest earning by having the money in another currency versus the U.S. dollar. However, Online foreign lenders with exchange services offer direct transfers to bank accounts at lower rates than most banks. So, it’s advisable to use this option when carrying out transactions.

Get a Part-Time Job

Most times student loans or even tuition from parents are not sufficient for students. And even if they are sufficient, they may not cover extracurricular activities, except a trust fund is involve. Getting part-time jobs help you cover these expenses and help to reduce the strain on your parents. Part time jobs vary and depend on a student’s preference and capability or even age (if they want to be bartenders). The individual would be paid in the Singapore dollar so the fluctuation rates won’t affect it.

If you are keen to avoid loan sharks, you should consider taking a loan from a licensed moneylender. Credit Review is a resource that has all the information you need. About which moneylender is a good one and which ones you should avoid. Read all of our customer reviews to get a better idea of which moneylenders are the ones you can trust. Contact us for any inquiries.